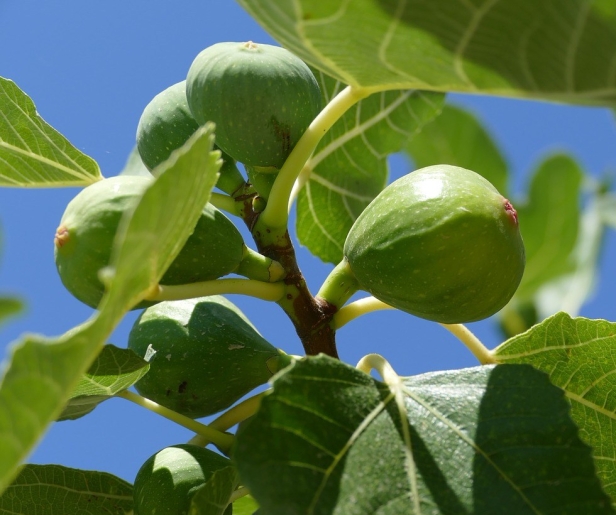 I think Jesus liked figs.  At the top of His last week, He curses a fig tree for its leafy show without fruitfulness, just as He had referenced another fig tree in a parable earlier in His ministry.  In the parable, the keeper intercedes for the tree, buying it some more time for fruit-bearing.  The middle-years can find you seeking to buy more time for fruitfulness. But perhaps neither time nor seasons are the issue if eternal fruit is the goal.

My own words, to the college-aged young man sitting beside me on the flight back from my Grandfather’s funeral in Jamaica, have come back to try me often.  In response to my questions, he had described several opportunities and gifts that he had possessed but that he did not pursue because, as he put it, “He didn’t have the time for it”.  After listening to him repeat this several times, I finally could not help but ask “So, what are you saving up all this time in your life for?”

Before I knew it, I was again filtering someone else’s life through my own impatience-pocked spectacles – striving to get a young college-aged student to view life through the eyes of a woman in the midst or near the end of her parenting years.  My craving to see ‘tangible fruit’ from my life, other than my precious children, was a false hunger pang.  And that stripling’s life story was his alone to live in the timing determined between him and His Maker.  My stated quest was for eternal fruit, but maybe I also just wanted what the world would regard as worthy fruit and, then again, perhaps those are distinctions only the Almighty is capable of making and is evidently quite willing to assist us in discerning.  The definition of fruitfulness for women in Jesus’s day was generally assumed to be homemaking and childbearing.  Yet, a careful reading of Scripture, both Old and New Testaments, reveals more.  1 Samuel 1:9a reverberated when I read it this Holy Week.  It was as if I were seeing the words for the first time – “So Hannah stood up…”.  The sound echoed again in my heart, when I later read in the Gospels that, at the start of Jesus’ last week before His great atoning mission was fulfilled, Mary of Bethany, also stood up, and taking expensive perfumed oil, anointed Jesus.

The action of both these sisters required risk and resolve and sacrifice – it required their ‘standing up’.  Was it false hunger pangs, as I assumed mine to be, that stirred them to unusual action?  No, there was more, much more.  They broke with the ‘status quo’ to pursue a heavenly vision that met them in the midst of their day-to-day lives.  They were devout women who, while faithfully doing the ‘day to day’, refused to deny that the need to accomplish something more than their lot dictated pulled at their souls.  They both exhibited unwavering trust in God despite what they observed in the natural.  They knew and obeyed God’s Word, as their worshipful declarations and devout lives demonstrated.  They remained faithful to their families, despite the trials of polygamy and singlehood, respectively.   And in the process of offering up their prophetic hunger to God their desire was purified:

Through Hannah, instead of just another Hebrew male child, Israel received a judge, Samuel, who was also one of their most significant prophets.  For Mary, the oil, believed to have been intended as her future dowry, was sanctified through her hands, as sacrificially she poured it out on Jesus’ head – anointing Him with the fragrance that would follow Him throughout His approaching ordeal.  For such a time as that, Israel did not need another happily married young woman but a bold young hand-maid, willing to carry out a prophetic act that would bless the Savior.

Initially, their action resulted in harsh judgments and misunderstanding of their hearts and motives: Hannah’s husband thought she should be satisfied with him and her ‘lot’ of infertility; Eli the priest thought she was drunk, as she stood silently pouring out her desire and resolve before the Lord.  Had Jesus not intervened, Mary could have been thrown out as improper for touching a man, and was indeed derided for wasting what could have been sold to aid the poor.  But, in both instances, heaven smiled and gave a hearty stamp of approval and wove them into the Divine Tapestry of God’s eternal story and redemptive work.

The lives of these two women reminded me that a Divine alchemy takes place when we turn over our lives, humble or privileged, to Jesus’ use: a ‘barren’ home-maker can alter the course of a nation; a young unmarried woman can see beyond learned priests and teachers and wordlessly declare the obvious – that God’s Redemption sits among them.  Even the surrendered ‘time’ of a young roving college-aged kid might yield vast eternal returns.  The trail was blazed when the Holy Son of God, in obedience to His Father, ‘stood up’ saying “Here I am.  Prepare me a body…” and, in complete trust, gave Himself away for the redemption of a rogue race, bringing many sons to glory.  With such fruit, God is pleased.