Maybe we had been too quick to join the crowd of the outraged, sneering in disdain at the swelling tide of screaming, crying, angry youth, demanding ‘Safe Spaces’ on their campuses, in their world.  “Our college kids are not running around making such demands”, we have tried to assure ourselves. “And we certainly didn’t engage in such tomfoolery.”  …Or did we?”

The need for a ‘safe space’ presented itself when Mankind abandoned its safest space by their first act of disobedience to Holy God in the Garden of Eden.  Adam and Eve’s fig leaves and the tree behind which they hid as God came for his daily time with them, were our first effort to create safe place for ourselves.  Before that, there was no need, no danger.  What had been a place of sweet communion, a trustful shelter, a place of protection, confiding, dwelling, and retreat had, in one moment’s deception, been converted into a threatening, anxiety-causing, danger-riddled zone.

In the wake of these uprisings in our world, we can join the various knee-jerk options and condemn or condone.  But a spirit of inquiry might be a more fruitful option; after all, it was the one that God Himself adopted, though He definitely already knew all the right answers.  The questions God asked might be good ones for us to employ, as we consider our own safety or pointing others to a safe space in a world that is now a minefield with trigger points hidden in the most unlikely places.

“Adam, where are you? Who told you, you were exposed, vulnerable, in danger (naked)? Have you done the one thing (implied: that could have caused this?) disobeying my command? What have you done? (Implied: Do you know what you have done?)”.

(1) We are hiding from You because we allowed an alluring contradicting entity to come between us and You. Now we can sense that we have earned Your just judgement and condemnation.

(2) We realize we have no defense, no protection, no argument that could stand in Your Holy Court. We are guilty.

(3) Yes. We let ourselves be lured into breaking Your one command.

(4) No. We have no idea of the scope of the consequences we have incurred but something tells us it’s really, really bad.  We are painfully aware that we are not safe.

Adam blamed Eve (and God, indirectly) and Eve blamed the serpent. Thus, the first relational barriers were established, including the one between us and the safest space on earth, fellowship in God’s loving presence.  That one act of entrusting themselves, their future, and their entire well-being to their own judgement, based upon the fell counsel and enticement of the hater of God’s rulership, had made the entire universe an unsafe place for Man; for, as David later explored in poetry,

“Where can I go from Your Spirit? Or where can I flee from Your presence? If I ascend into heaven, You are there; If I make my bed in hell, behold, You are there. If I take the wings of the morning and dwell in the uttermost parts of the sea, Even there Your hand shall lead me, and Your right hand shall hold me. If I say, ‘Surely the darkness shall fall on me,’ Even the night shall be light about me; Indeed, the darkness shall not hide from You, But the night shines as the day; The darkness and the light are both alike to You.”

Thus began a quest that today manifests as a demand.  Just as we require, even demand, that governments and governing authorities protect us physically, we now also require them to give us safety from that which unveils our nakedness, that which challenges the fig leaves of Godless worldviews with which we have insisted on trying to shield ourselves for God’s Holy Law.  When our children were young, they rightfully expected us to protect them and place them in safe settings.  But our more vital job was to abide in, map the way to (by our example), and instruct them in the way of the Ultimate Shelter — the only Protection from the consequences of our having broken God’s Law: the protective Folds of His Own Garments, the Robe of His righteousness, His own atoning sacrificial blood —The One Safe Space. 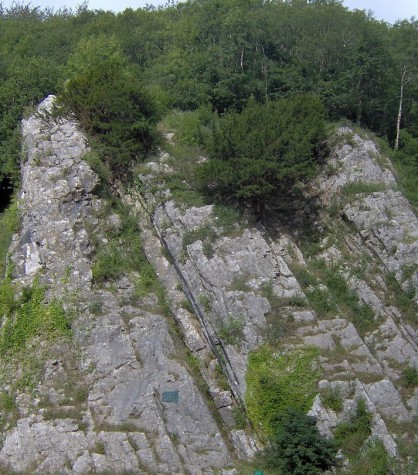 “Rock of Ages, cleft for me,

Let me hide myself in Thee!

Let the Water and the Blood,

From Thy wounded side which flow’d,

Be for sin a double cure;

Cleanse me from its guilt and pow’r.

Nothing in my hand I bring,

Simply to Thy cross I cling;

Naked come to Thee for dress;

Helpless look to Thee for grace;

Foul, I to the Fountain fly;

Wash me Saviour or I die.”

An HBU Masters candidate in Cultural Apologetics, Denise S. Armstrong considers herself a lifelong student and educator though a retired English literature and language teacher. She gratefully enjoys a thirty-years-strong marriage, which has joyfully produced three offspring. Jamaican by birth, but now an American citizen, her work reflects their family’s cross-cultural journey. A blogger in poetry, short-form essays, ethnic sketches and musicals, Denise’s work has also appeared in The Caribbean Writer--a literary publication of the University of the Virgin Islands, on SA Radio Cape Pulpit’s – ‘Voices of Change’, as well as on Jamaican television. She considers herself privileged to be a contributor to one of today’s most exciting online communities of Christian artists—The Cultivating Project. At present, she resides in Germany. View all posts by Denise S. Armstrong

6 thoughts on “Answering the Cry for Safe Spaces”